See all articles
Alert me about Solar 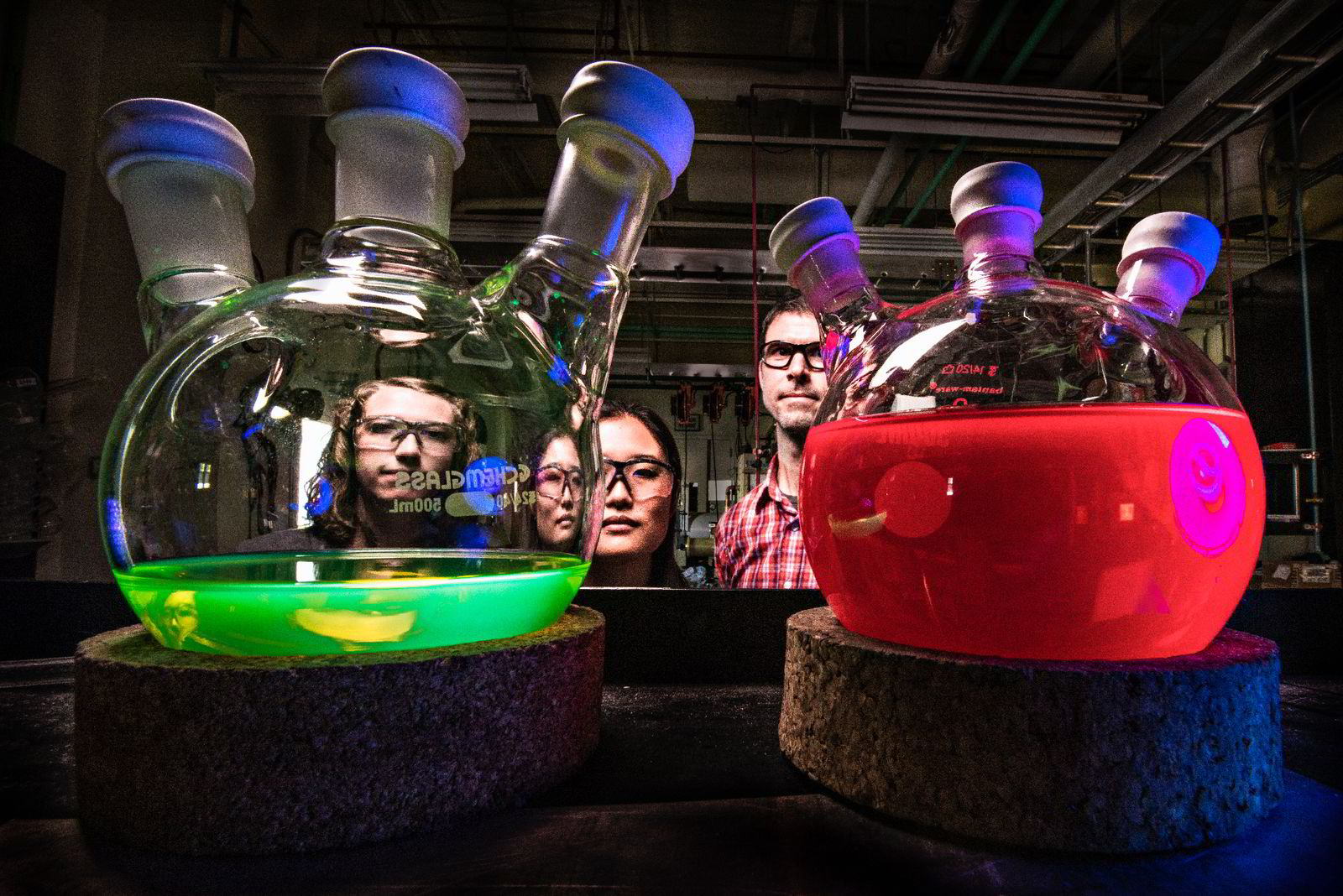 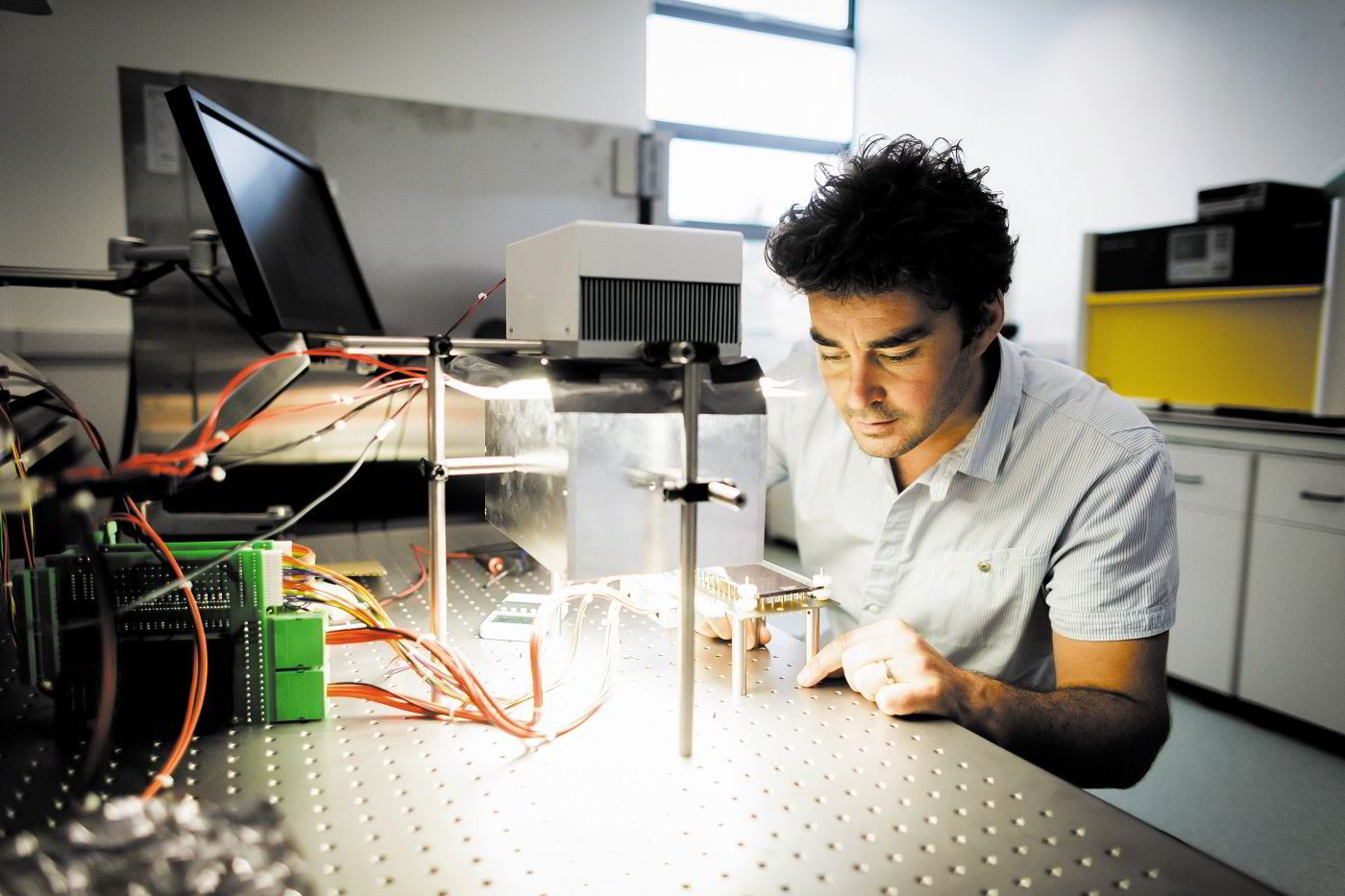 For an industry in which technological progress is often measured in tenths of a percentage point, recent progress on perovskite-based PV cells holds the promise of a giant leap forward.

Only a few years ago, perovskites — a group of compounds that are very good at absorbing the sun’s visible and infra-red light, but are unstable, dissolving in water or high humidity — were just another experimental photovoltaic material, with a niche group of laboratories labouring to create cells with efficiencies of only 4%.

But a new approach to cell design has led to a transformative improvement in the economics of the technology, with the US National Renewable Energy Laboratory (NREL), École Polytechnique Fédérale de Lausanne (EPFL) and Hong Kong Polytechnic University (PolyU) all recently announcing efficiencies of well over 20% — making the technology competitive with market-dominant crystalline silicon (CSi) and thin-film, which boast efficiencies of 17-23%.

Companies including Oxford Photovoltaics in the UK and Australia’s Dyesol are now working flat out to get their prototype perovskite PV modules powered up, in the hope of being first to market with a utility-scale version of the technology.

And research groups around the world are finding industry is eager to tie up to find ways of bridging the historic “valley of death” between R&D and commercialisation.

“It’s been a long road in many ways,” Dyesol chief technology officer Damion Milliken tells Recharge. “But the development of this technology has really intensified in recent times: what was evolutionary for many years has become revolutionary. It’s come as far in the last 18 months as it took [the sector] to advance it in the last decade.”

For Dyesol, which started life as a dye-sensitised PV specialist, 2015 tells the tale of perovskite’s changing fortunes.

A distribution deal for its perovskite solar cell (PSC) with Tata Steel and technical tie-up with semiconductor outfit Cristal in the UK, along with a commercialisation agreement with Nesli DSC in Turkey, have put the company in a position to scale-up its “small module” prototype to a 1.2 metre x 0.6 metre demonstrator by early next year.

If all goes to plan, a piloting stage in which “around 20,000 metres of our PSC could be carved up for ‘demonstrator farms’” will be under way by 2018-19, “hopefully in Australia”, says Milliken.

“You don’t know if a technology has legs until you try to turn it into a product,” he explains. “Our first module we’d like to have been bigger, but it is a credible, meaningful size. Assuming we get the kind of power outputs we are expecting, we’ll quickly move on to prove the technology at array size and get the automated manufacturing going.”

The Dyesol technology — which layers a hybrid organic-inorganic halide-based perovskite light absorber and nanoporous titanium oxide — is targeted to reach a “highly competitive” levelised cost of energy (LCoE) of A$0.09-0.12 ($0.06-0.09) per watt.

“Coming from [the dye-sensitised PV space], the improvements we made have been a bit on architecture, a bit on materials, and we have a long history of encapsulation design, which is key for dye-sensitised solar cells,” says Milliken.

It is also key to the stability of the perovskite cell, ensuring long-term robustness and output. Dyesol started with a carbon-based architecture for “stability and cost” but then, after thinking about a hybrid of dye-sensitised cell and organic PV, moved to a titanium-based cell that gave “the best combination of performance and efficiency”.

“Compared to the tandem cell [the other main perovskite-based cell design being developed by others], we think we are getting a commercial-scale product to market two to three years earlier.

“Even if our efficiencies are slightly lower than some of the other tandem cell incumbents, the price of our panels will make the difference in balance of plant.”

Chris Case would doubtless baulk at this view. The company of which he is chief technology officer, Oxford PV, an Oxford University spin-out, is advancing a multi-junction or “tandem” cell concept.

Its design — based on a cell architecture with perovskite as the top layer absorbing visible light but transmitting infrared and near-infrared light to a silicon or CIGS (copper indium gallium selenide) bottom layer to boost total efficiency, is winning over investors, with over £12.6m ($19m) raised in 2015.

“When you introduce an entirely new concept to the market, there is always some resistance — and part of this comes from companies selling existing technologies feeling that someone is trying to put them out of business,” Case suggests.

“We’ve needed to convince the conventional silicon space that we are here to help — to help them make a solar cell that is more efficient than anything you can imagine with silicon.”

Effective progress in silicon-based solar R&D is “bottoming out”, he says.

“To change the value game [for PV], it has to be about raising efficiencies by more than a few decimal points every so often.”

Perovskite cells can be made on the cheap: the main ingredients are bulk chemicals such as ammonia, lead and iodine. This means the economics of perovskite PV measure up well against CSi and thin-film, which require pricey materials and has energy-intensive crystal growth and vapour-deposition manufacturing methods.

Best yet, unlike conventional PV produced at high temperatures, perovskite cells can be made from solution at much lower temperatures, with researchers well down the road to finding ways of fabricating perovskite PV using low-cost, low-energy techniques such as 3D printing.

Dyesol is concentrating on “solution coating” techniques to get away from mechanical and vapour-phase manufacturing processes, says Milliken. “It is definitely a challenge to uniformly process those large areas we desire to — but works out rather well once you get your head around it — whether it is washing, coating, printing, it’s all solution-based in the end.”

Case adds: “One of the real beauties of perovskite is it almost doesn’t care how you make it. Put a few drops of perovskite precursor, in liquid form, on a piece of aluminium foil on your desk; leave it to evaporate for a day; then plug in a metal probe and you have an operating PV cell — cruddy output, but output nonetheless.

“There are multiple routes to producing this PV material — we’ve tried spray, spin-off, flock coating, ink-jet, vapour application — and you can create comparable solar cells from any of these techniques.”

Oxford PV is targeting a high-speed production concept — the manufacture of cells at 3,200 substrates an hour — to sharpen the technology’s commercial pitch. But only to sell it on. Interestingly, the company wants to design cells for customers — the major module makers — rather than trying to manufacture and sell its own modules.

A first pilot line should be turning out Oxford PV perovskite-silicon cells “in the 2017-18 time frame”, says Case. “We’re really getting there.”

“While the efficiency question has been answered, there remain issues in stability, cost and the feasibility of real-world efficiencies that must be addressed before commercialisation can occur.

Ogden sees a boost for commercialisation of the technology via partnerships with laboratories, such as Dyesol’s tie-up with EPFL, and Oxford PV’s work with company co-founder,

Oxford University physics professor Henry Snaith. He also points to great opportunities for perovskites-based PV at academic institutions including the Weizmann Institute of Science in Israel and Nanyang Technological University in Singapore.

Lux is forecasting that commercial roll-out of perovskite PV will begin between 2019-21, super-charged by rapid advances in R&D, including current efficiency record-holder Hong Kong PolyU.

In April, the institution unveiled a perovskite-silicon tandem solar cell that had hit an efficiency of 25.5% in the lab, reaching an LCoE of HK$2.73 ($0.35) per watt, compared to the HK$3.90 of existing silicon cells.

“Use a perovskite top layer on a conventional solar cell, instead of glass, for instance, and you won’t increase the costs much, but you will get a real boost to the efficiency,” says Chee Surya, who is heading up the perovskite PV research group at Hong Kong PolyU.

“A combination of different materials for making solar cells would work best for energy absorption.”

“If you want to run a race, you cannot just train your right leg,” says Surya. “You have to train your whole body. In our cell, every part counts.”

For all its promise, concerns remain about perovskite PV being over-hyped.

A recent paper from University College London poured cold water on the likelihood that perovskite will spawn the hoped-for range of cheap, stable, high-efficiency solar cells.

Even dyed-in-the-wool believers like Milliken sound a note of caution on the “wonder material”. “The pace of progress of late has been very rapid. But it also means that a lot can happen, a lot can change, and there’s an uncertainty about what [the technology’s rate of development] really means,” he says.

“We do see perovskites as competitive and emerging and disruptive, but we don’t see them immediately supplanting any others. Solar is an enormous market and it’s expanding incredibly rapidly so even a small slice of this [for perovskite PV technologies] is a big deal.

“But there is a lot to do, in terms of proving the technology at ‘real life’ scale and mass-manufacturing it, and I think, ultimately, [perovskite PV] is going to have a long and healthy commercial life in co-existence with a spectrum of solar technologies.”

Case is more even more optimistic. “Look at CSi. Early on, the technology jumped to around 10% efficiency and there it sat for years, then there were improvements to anti-reflective coatings and so on and efficiency climbed to 15%, and there it sat for 20-30 years. Now, with ‘hero’ cells just over 25% you’re not going to get much higher. It’s going to flatline here.

“Tandem perovskite is different — you can freely tune the band gap [making a cell optimally efficient]; it is ultimately scaleable; and perovskite is not expensive.

“See the leaps and bounds it has made in the last few years. This is only the beginning. The future for perovskite is much closer than people realise.”

The mineral perovskite, composed of calcium titanate (CaTiO3) was discovered in Russia’s Ural Mountains in 1839 by German mineralogist Gustav Rose, who named it after Russian colleague and soon-to-be minister of the interior, Count Lev Perovski.

It lends its name to a group of compounds that share the same cubic atomic structure, whether artificial or naturally occurring.

Perovskites used for solar cells — such as methylammonium lead trihalide and formamidinum lead trihalide — can be created cheaply in laboratories without the need for the expensive crystallisation or vapour-deposition methods used in silicon and thin-film panels.